10 Innovation Failures and What Your Business Can Learn From Them

For businesses, innovation is the process of creating new products, services, and ideas that enhance a mission and add value for consumers. It is best looked at as an ongoing process — without which businesses tend to stagnate, and eventually fail.

Really though, the stakes of innovation are best understood through prominent examples. So with that in mind, here’s our list of companies that failed to properly innovate their brands, and key lessons you can take from their struggles: 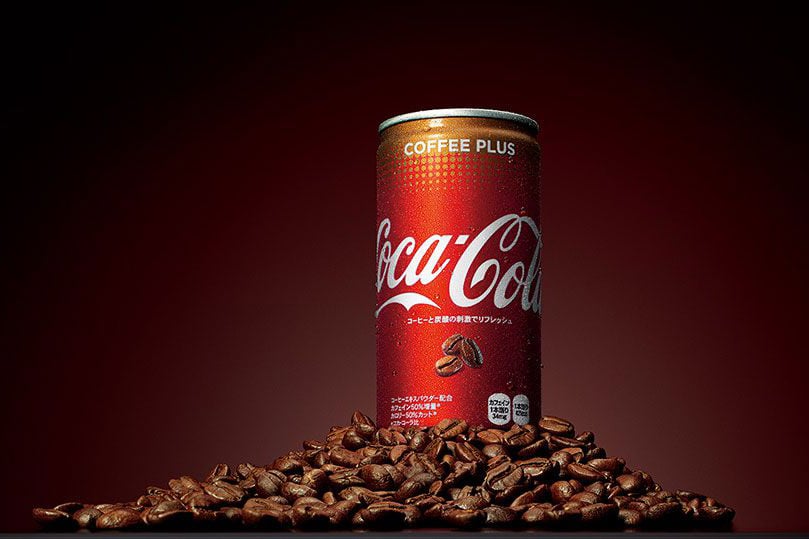 From 2006 to 2008, Coca-Cola pushed a coffee/cola hybrid drink that failed to find its target market. According to Nancy Quan, the company's chief technical officer, ”That was a trend before its time. I don't think people were ready to have a coffee portfolio within the Coca-Cola brand." Now however, CNN reports that evolving trends and palates means that the brand is ready to relaunch a new coffee-infused product. Coca-Cola Plus Coffee (or Coca-Cola With Coffee) is currently available in many international markets around the world. Coca-Cola Plus Coffee isn’t exactly a runaway train, but the mere fact that it’s sustained a launch demonstrates that timing is everything when it comes to innovation.

From being a teen symbol of logo-emblazoned popularity in the early 2000s to losing more than $200 million in total revenue since 2015, Abercrombie & Fitch has fallen far. Teens once embraced their hyper-sexualised marketing along with the formulaic logos found on their clothing, but have now found other alternatives. However, the company has begun to make an effort to change its image to one of inclusivity, and store sales have actually been increasing as a result. From this example, we can glean that it’s not enough to assume a target market’s preferences. Indeed, this idea is backed up by SEO agency Ayima, as they state that a deeper understanding is needed, and brands must use data to recognise trends, anticipate consumer needs, and appeal to an audience. 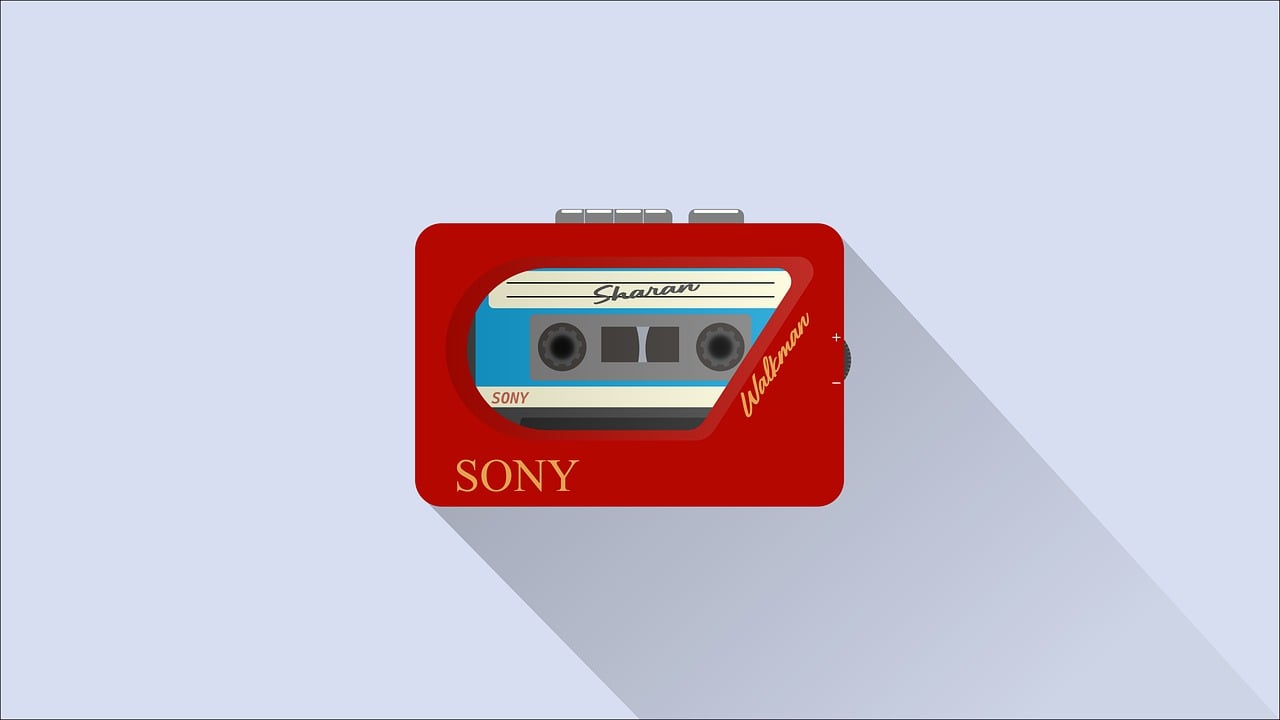 It’s hard to believe but Sony once had the tools to create a version of the iPod way before Apple introduced it in 2001 with an extensive catalogue of music to draw from as well as a foundation in electronics. Its biggest mistake was failing to focus on the technological shifts towards software, digitalisation, and a focus on the internet. Sony has continued to struggle in recent years, but financial reports on Sony show a general uptick from late 2019 on. This is largely due to demand for Sony’s image sensors, and the improved profitability in its smartphone business. The lesson here is that once you have the advantage, you have to swiftly act on it or you’ll struggle to gain it back. Sony missed out on potentially dominating the mp3 player market, and took years to get back to a competitive place against other tech giants. 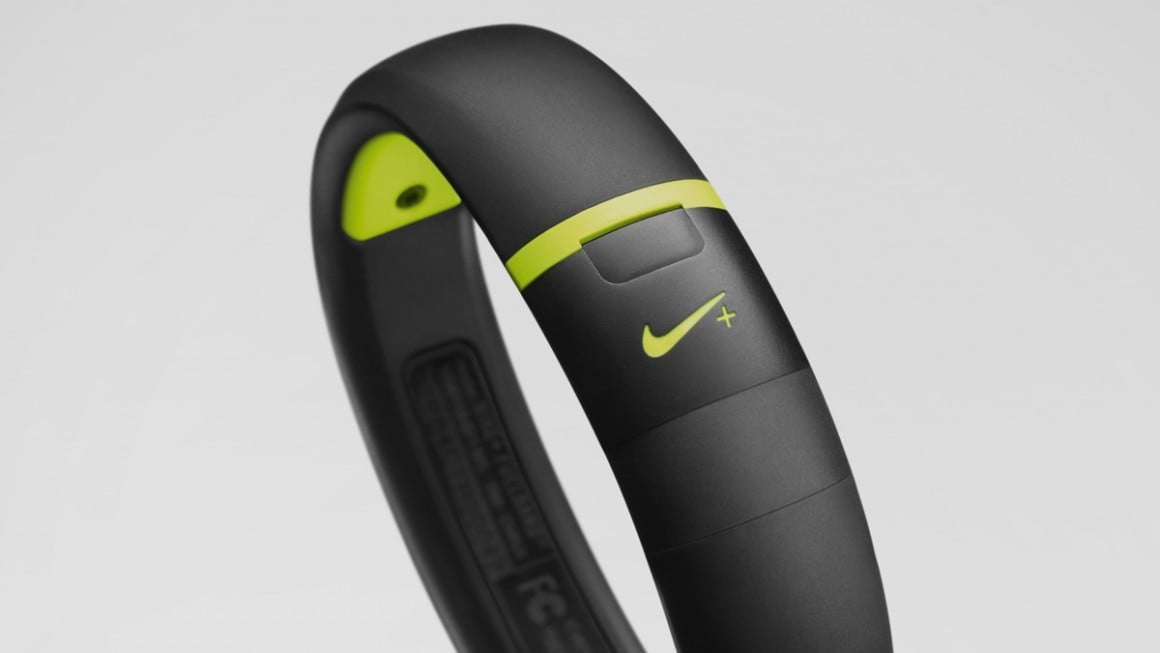 Companies as successful and as global as Nike have occasional misses. Not every shoe will be beloved, and for that matter even entire seasonal fashion lines can ebb and flow in their success. Nike does have one particularly notable failure on its resume though: the Nike FuelBand. Essentially a primitive FitBit, this device came out in 2012 and actually generated some excitement. But it ultimately fizzled, and according to a retrospective by Wareable this was largely due to Nike’s bizarre unwillingness to cater to Android users. What happened, basically, is that Nike launched the fitness band industry, but then ignored half of all mobile users and lost sales, while companies like FitBit and Jawbone gained ground. Nike ultimately dumped the product, with the lesson being that innovation without commitment is likely doomed. 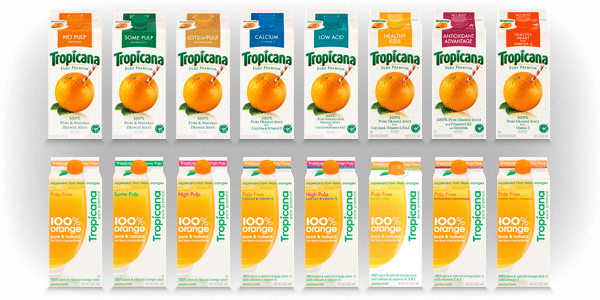 Back in 2009, PepsiCo’s Tropicana invested $35 million in an advertising campaign that included a complete overhaul of its classic packaging design for a sleeker, minimalist look. Due to this drastic change, sales dropped by 20% in two months, resulting in a $30 million loss. This prompted Tropicana to return to its previous packaging design, after suffering a total loss of more than $50 million. The lesson here is as simple as the old adage: If it isn’t broken, don’t fix it.

After the highly successful launch of the Windows XP operating by Microsoft, Windows Vista was something of a let down. Some of the key reasons Windows Vista failed are as follows: “Older hardware didn’t perform as well with this new user interface, and Microsoft introduced confusing “Vista Ready” stickers on PCs that didn’t always mean graphics drivers were ready for Aero Glass to work well.” Also, it happened to launch at a time when “Microsoft had become arrogant and obsessed with keeping hold of its Windows monopoly, and the company lost sight of its customers and missed massive opportunities like mobile.” The lesson, in this case, is in that final quote. Windows became so sure of its own dominance that it lost sight of developing market in favour of chasing its own idea. Stubbornness is typically a poor recipe for successful innovation. 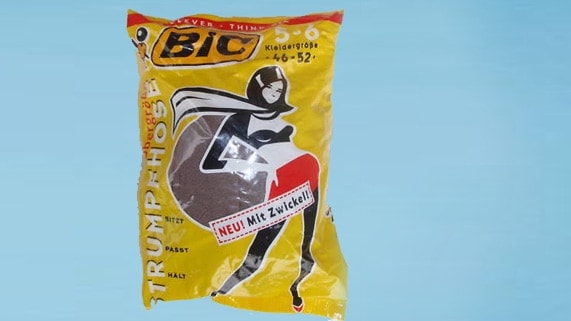 You may not be aware of this, but BIC once attempted and failed to launch a range of women’s disposable undergarments. Being known for their high-quality yet inexpensive (and therefore disposable) products like pens, lighters, and razors, BIC appears to have had a vague idea that it could take a general concept into a completely new market. The idea, unfortunately, failed to translate to the company’s audience. Perhaps the main issue with this attempted diversification is that the company insisted on using the BIC brand name. When delving into ‘Everything You Should Know About Brand Awareness’ we mentioned that the very nature of brand awareness is that it helps consumers to recognise and identify a brand by its key product. By contrast, seeing a brand name in a totally new category can be jarring. Consumers have trouble separating a known entity from the new product, raising questions like, “Why would one buy disposable undergarments from an pen company?” 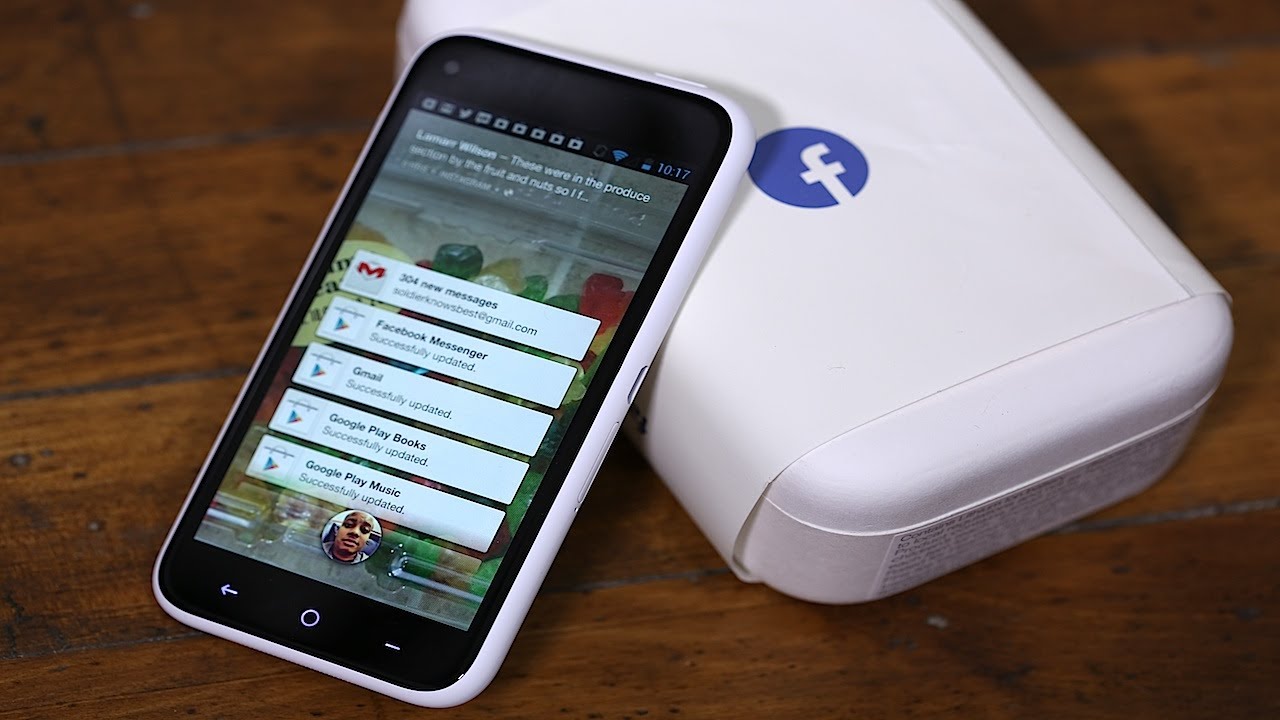 Facebook can seem at times to be an unstoppable machine of innovation. Even as many publicly turn on the brand for this or that reason (as happens on a near-daily basis), the company simply rolls along on top of the social and digital media world. But there have been failures in its past, most notably in the form of the utterly forgettable Facebook Phone. This device is forgettable partly because it was actually the HTC First, with Facebook Phone being more of a nickname. But it was still Facebook’s attempt at easing into the smartphone market by way of a “Facebook Home” feature that basically made this otherwise-standard Android phone a Facebook hub. Unfortunately, the phone was mediocre, the Facebook Home feature was jarring, and people simply didn’t want the product. The lesson we draw from this example is that innovation shouldn’t be obligatory. The HTC First comes across like the result of a Facebook assumption that i simply had to get in on smartphones. As it turns out, it didn’t. 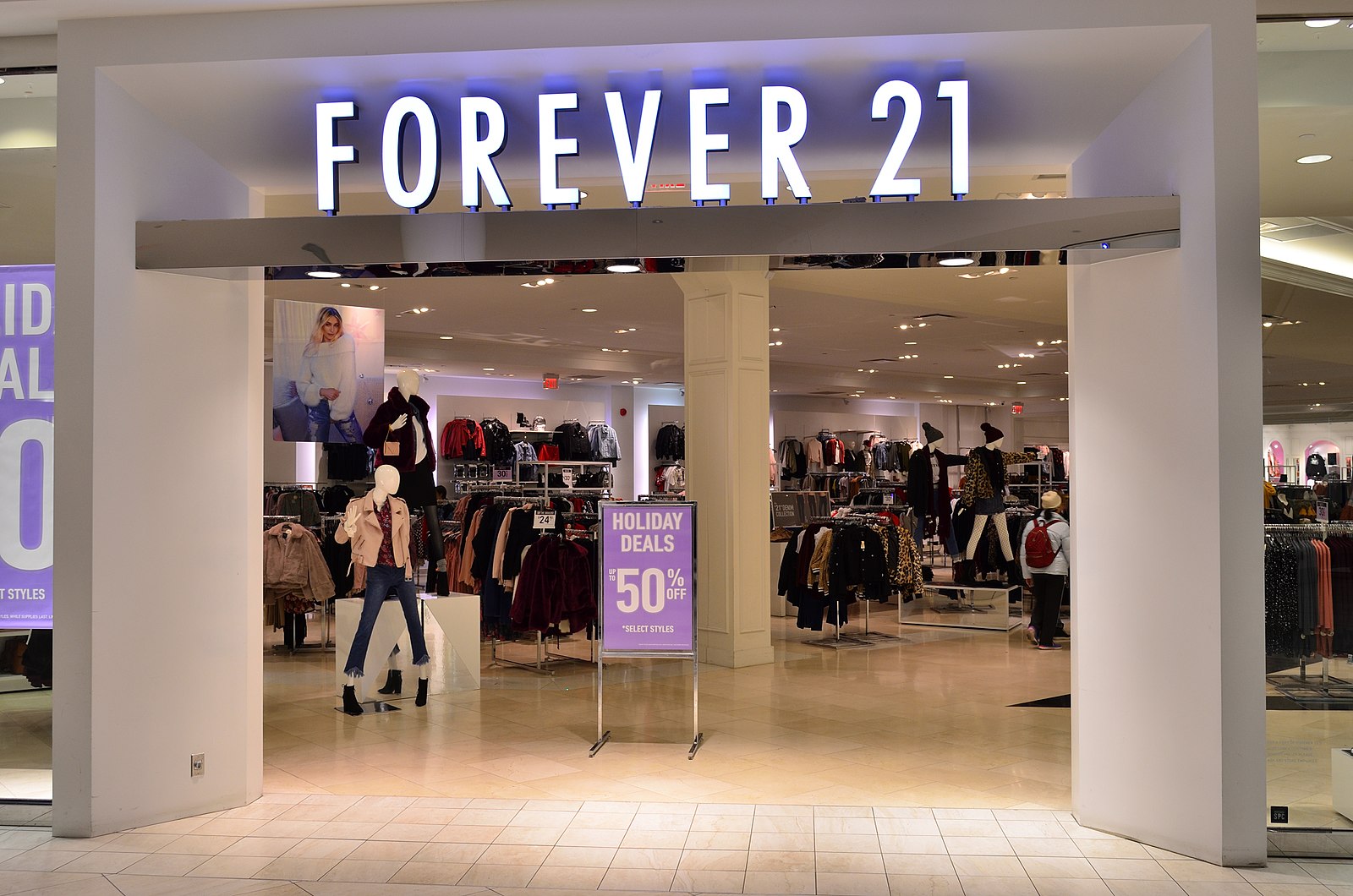 Forever 21's declaration of bankruptcy was mainly due to failure to appeal to Gen Z shoppers, according to an article by Business Insider on the fast-fashion chain’s demise. According to this piece, while the brand does hit the mark in terms of affordability (which is Gen Z’s primary concern), the recent wave of concern for sustainable shopping has resulted in a rise in “resale and thrift shopping, threatening the former dominance of fast fashion.” This is a simple lesson in adaptation. Frankly, Forever 21 could make some fairly simple changes to pointedly embrace sustainability, and likely gain more attention among young shoppers. But the brand went bankrupt instead out of what was essentially a failure to recognise a problem and/or adapt to it. 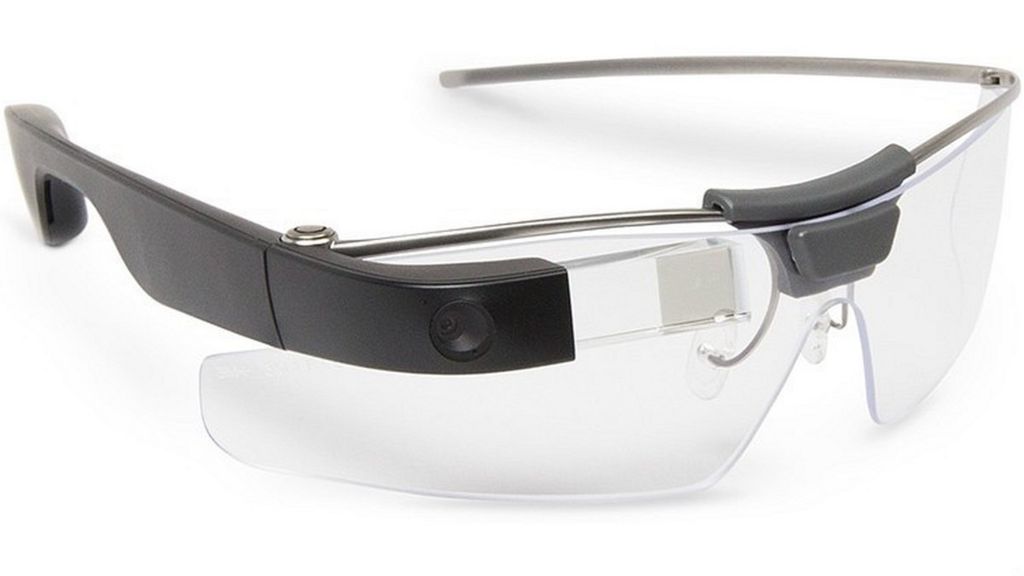 Last but not least, let us not forget Google — inarguably one of the world’s biggest and most successful companies — and the infamous Google Glass debacle. This product was an irresistible idea, meant to be a sort of smartphone or computer mounted into a pair of glasses. But when it was first released in 2013, the tech was imperfect, consumers were ill-prepared, and the price was simply unreasonable. While Glass has gone on to have some niche applications, it utterly failed as a consumer product — and now Google is likely to be leapfrogged by several other tech companies’ development of modern smart glasses that the market is much better prepared for. The lesson here is that even though there’s something pressing and continual about innovation, it’s a bad idea to be so impatient as to leap too far ahead of your own consumers.

From this list, it’s clear that companies tend to suffer when they either fail to innovate properly, or attempt to change for the wrong reasons. So where do we go from here? Well, Wired claims that disruptive innovation is the key to the future of all industries, and that’s not overstating things. Studying past failures like these with an eye toward strategic and successful innovation is now a necessary practice for modern businesses.

4 Reasons to Take Your Business Online