Have you visited Little India in Singapore lately? There is new kind of buzz in Little India. Instead of cash dingling, now it’s the beeps of mobile payment apps. Little India is going cashless! The district has embarked on a digitisation project in February 2019.

The owner of Jothi’s Traditional Charm, Banumathi M Pasupathy is one such SME businessperson who is embracing digitalisation in order to stay ahead of market changes, having seen how rapidly consumer patterns evolve. The well-known beauty salon in Little India, established in 2008, hopped onto the digitalisation platform to adopt e-payment modes SCash and FavePay. 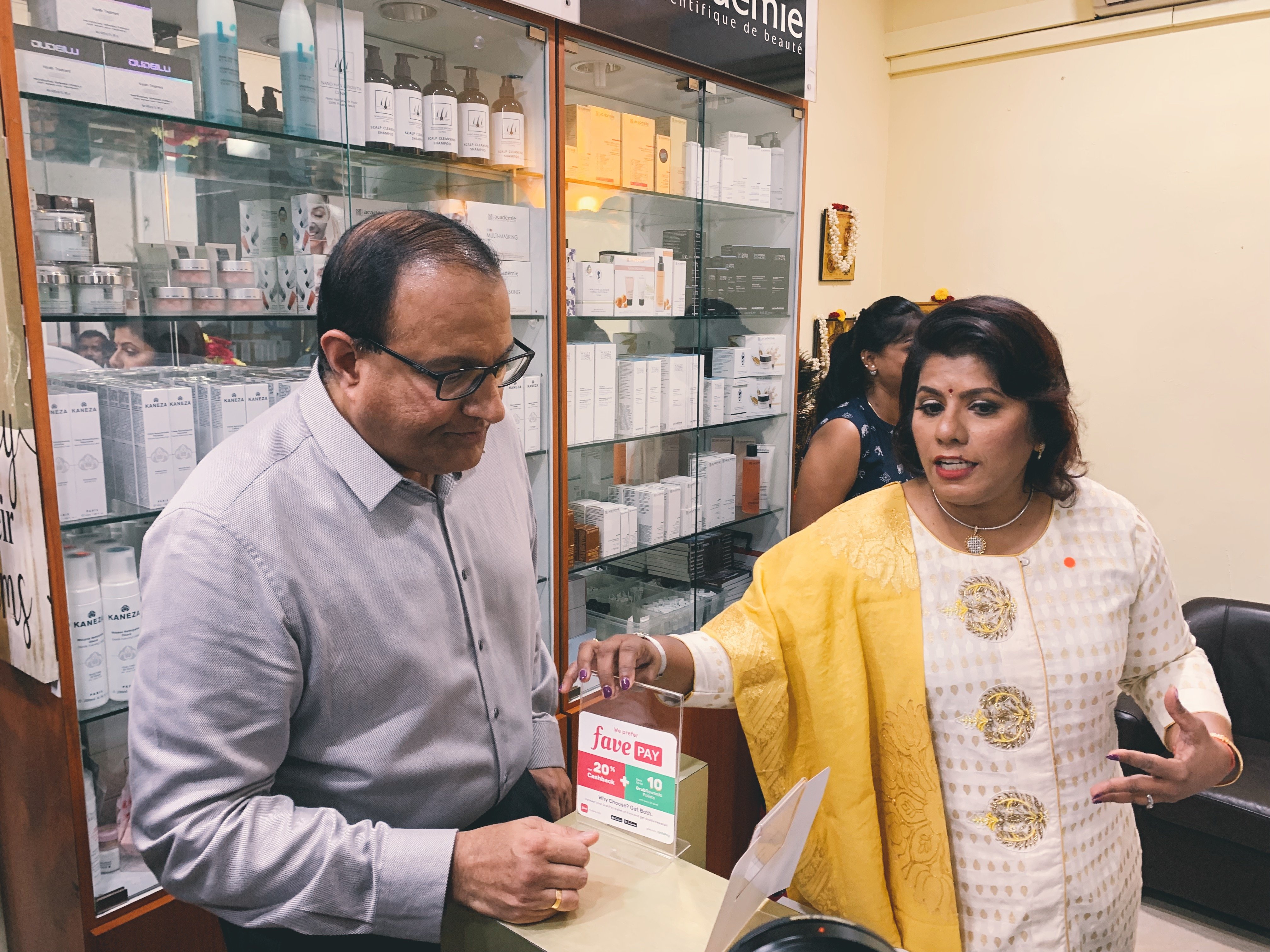 At the CNA938 Money Mind interview with Chew Wui Lynn and Stanley Leong Ms Banumathi was sharing her experience going cashless at her business.

Banumathi M Pasupathy: “Initially we just used to have only cash payments, then Nets were introduced along the way, and then credit cards functions came in. Lately we do notice that the younger generation, especially when they do come, they ask whether there are any other online forms  of payments”.

“Initially I was very hesitant, but I did sign up on it and I'm very happy that I did it”

“How much of your payments are not cash payments at the moment?"

Banumathi M Pasupathy: “When I look at it generally, that one particular day , last week the whole day we took Fave payments”

Banumathi M Pasupathy: “I was shocked too!”

“Now more than 20% of my all payments come from FavePay.”

"Why did you decide to go digital? Is it because your customers wanted?"

Banumathi M Pasupathy: “Yes, actually they wanted it more than my staff. They were very reluctant to face technology changes. So initially they were very hesitant, but I think with the motivation going on, and when I keep teaching them, they understood how easy it was. And actually I favour a lot because I’m getting retention power - they have to come back to me again for sales. So it’s two in one for me, and it really works very well for me.”

“You know, with cash payments we always lose track when it gets very very busy, especially during the festive season, it’s very chaotic - but with FavePay and our digitalisation of point of sales system - it helps us. Because when I  introduced FavePay, next day itself I get statement of accounts, so it’s less cash involved. It’s less worries for us owners.”

"Are you going digital only in terms of payments or also looking at different areas?"

Banumathi M Pasupathy: "I’m looking at a lot of things, I initiated point of sales systems where inventory systems were all now digitalised now, so wherever I am, and I do travel a lot, I get to see all my transactions online. Which really helps me to save my time, rather than waiting for my staff to update me, so it really helps me a lot."

How Celmonze The Signature is Helping Independent Beauty Salons